This Monday night I had the privilege of being the guest designer, at a small tournament, at Thirsty Meeples board game cafe in Gloucester St, Oxford.
They hosted a Hive night, with players invited to compete over a three round contest and the final being played at the end of the night. 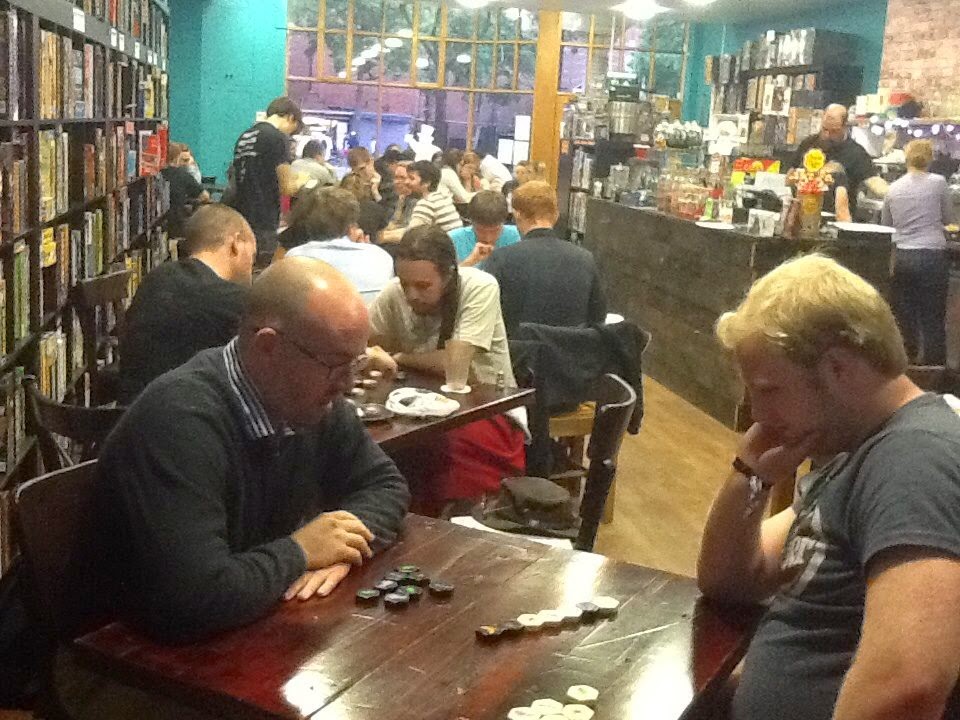 We provided a stack of prizes for the winner and runners up and everyone who played received a Hive Steam scratch off card, to be redeemed on Steam for a twin copy of Hive.
The night started around 7pm and went on towards 11pm, a long night considering it was only a small tournament.
Each round consisted of the best out of three games, with a time period set for each round. Games getting pretty tense if they ran into the third game.


I witnessed the fastest game of Hive I had ever seen, when a pair of players had only two minutes left to play their last game, after taking up most of their time in the previous games, it was like watching a game of speed Chess. 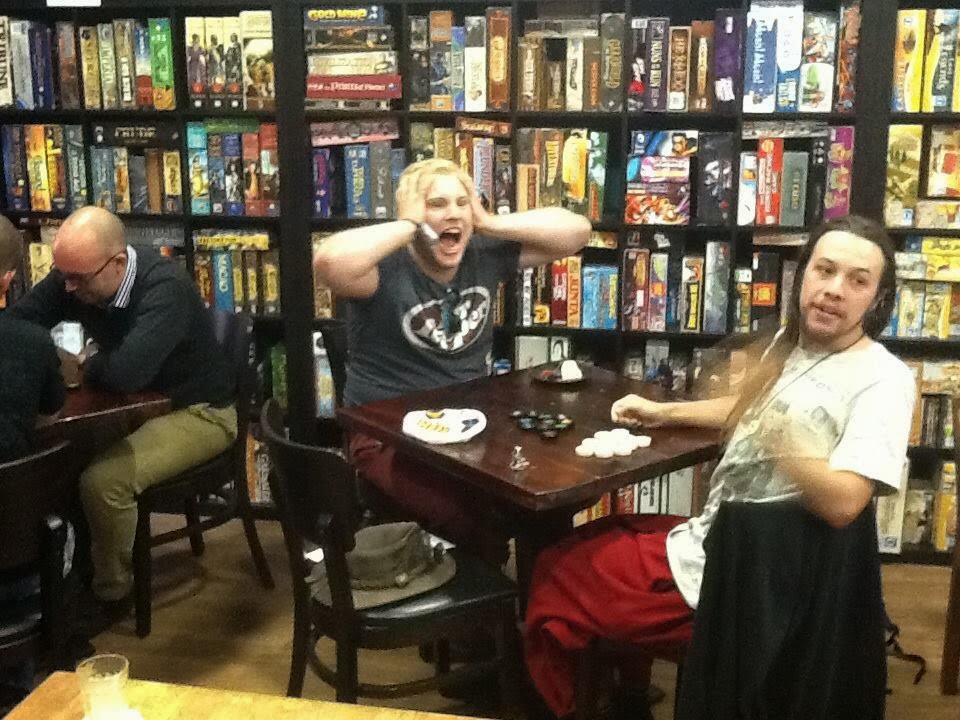 Among the competitors were two brothers that had never played Hive before, they came into the cafe early on that day looking for another event. They were given a crash course on the basics of Hive and stayed in the cafe playing Hive until the tournament started. 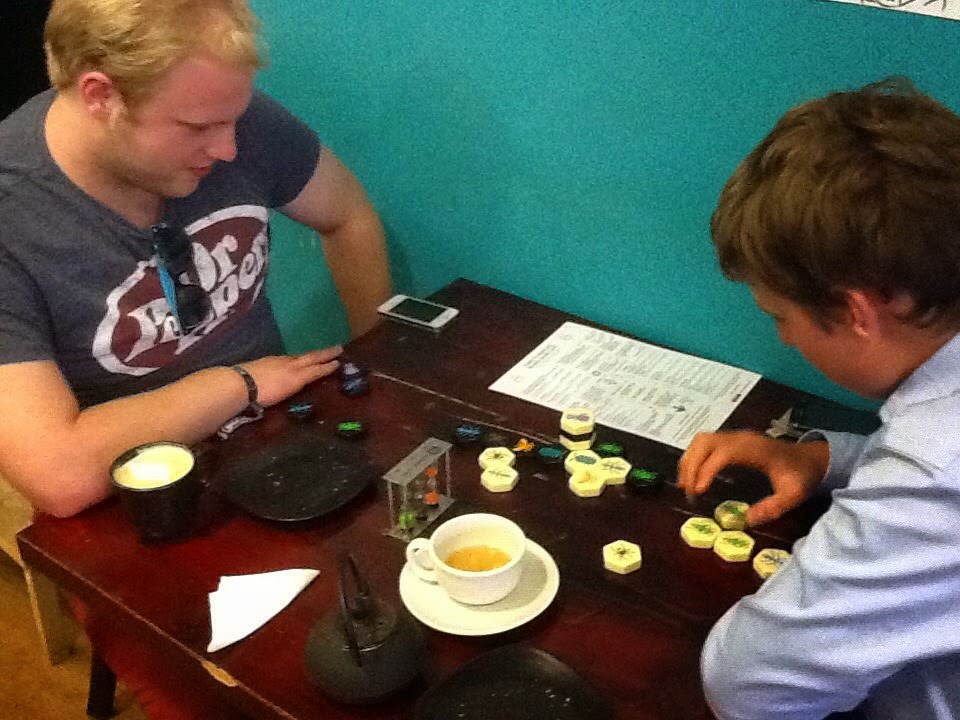 One of the brothers did very well and only lost out in the third round. It just goes to show that Hive can be a very easy game to pick up and play, even if you've never played before. I really enjoyed my time there.
Thirsty Meeples cafe is a very cosy place with a massive selection of games on offer. They also do great coffee and very nice smoothies among other things. I was supplied with an endless trail of drinks and a tasty flapjack at the end of the night to top it all off. 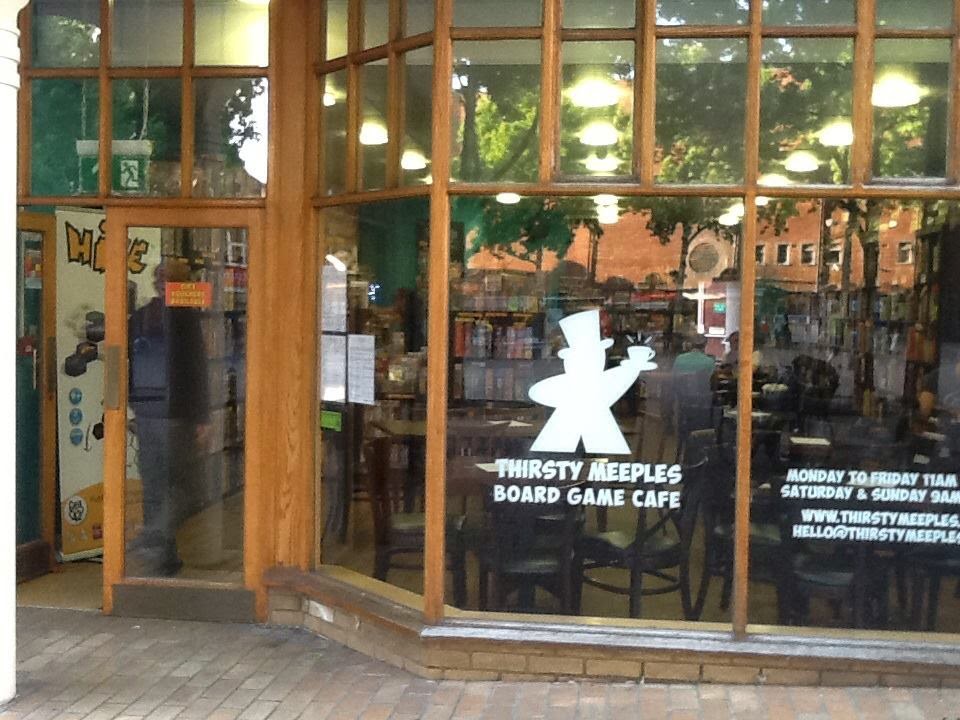 Fun was had by all and the winner went off home with a beaming smile on his face and a stack of prizes.
I would enjoy doing more events like this :)

Within a six month period, a secondary school on the outskirts of Moscow, did some controlled tests with 79 students aged 7 to 14.


They did special tests to evaluate the different intellectual abilities of students, before, during and after the research. They were evaluated on their levels of their visual and auditory memory, and logical reasoning. 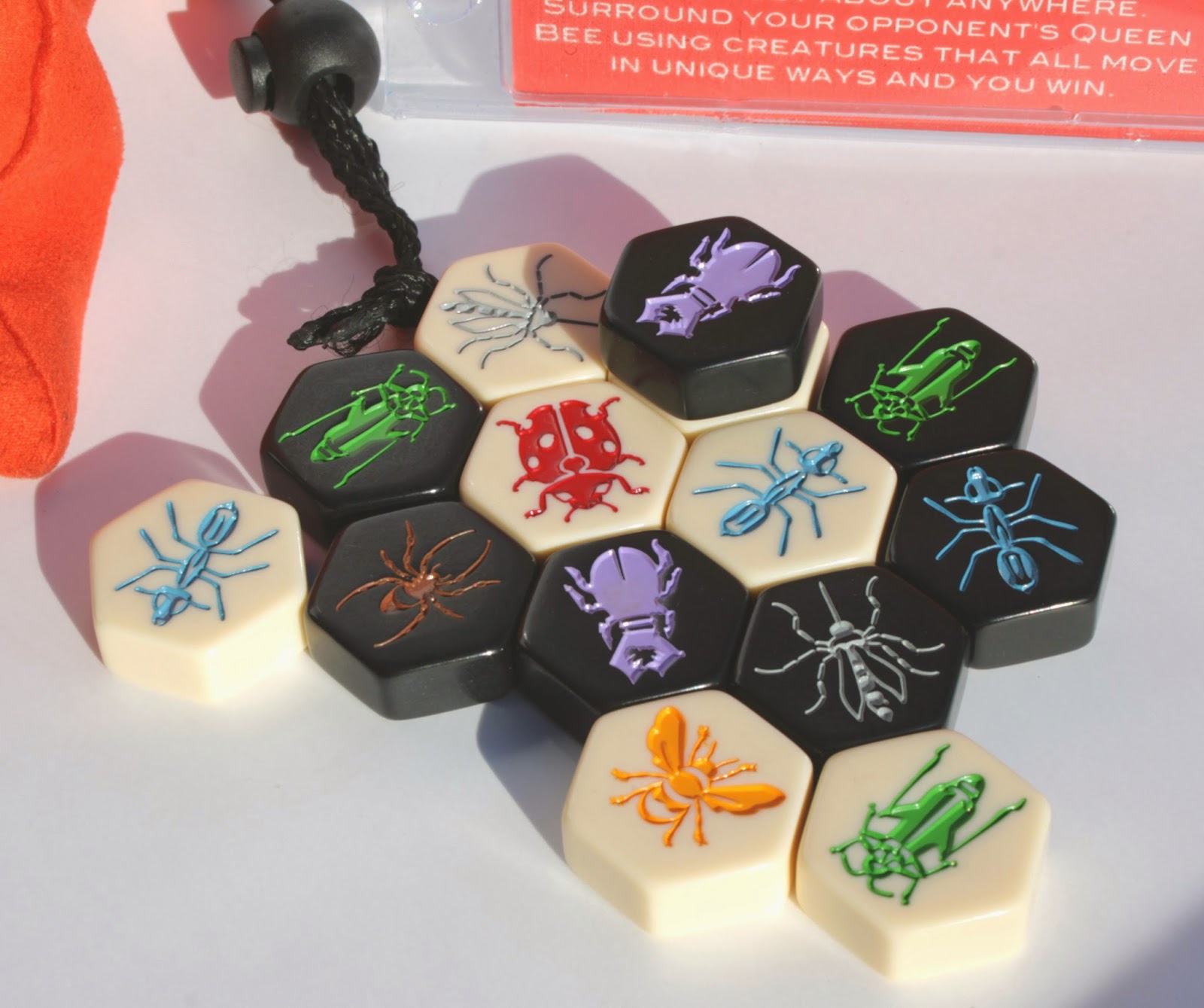 The children were divided into several groups: two groups of children who played Hive in school regularly and a control group of children who didn’t.
At the end of this six month test period, the students were all tested for their IQ.
The children who played Hive regularly scored better in the IQ test than those that did not. They were able to solve difficult tasks that require focus thinking and there was an significant improvement in concentration and alertness.
This is very encouraging research. To be able to say that playing table top games can improve a child's IQ and concentration is a massive step in the right direction for table top gaming.
But mostly its fantastic to be able to say that somehow in our own small way, we are contributing to the success of the next generation, in a fun way.
Posted by Unknown at 05:36 No comments: